Get Disney Gift Cards at 5% Off. 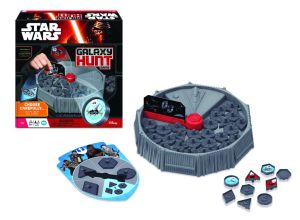 Star Wars: The Force Awakens™ Star Destroyer Strike Game is a fast-paced, fun game that really makes you think!  There is a time that is random and ashoots a green laser, or “strike”! The heroes that might get stuck are Chewbacca, Finn, Rey and Poe. Not knowing who will get the strike next, will keep everyone on edge as you play!

Here are the details of the game:

Strategy and suspense collide in this exciting escape game! Advance your Resistance heroes toward safety, but move fast—the Star Destroyer Finalizer is on your tail. The spinning starship of the dreaded First Order can aim in any direction, and you may be in the line of fire! Bounce the beam off the mirrored deflector shield toward your enemies, and evade the surprise laser blasts! It’s fast-moving, family fun in a galaxy far, far away! 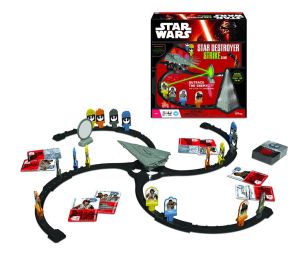 This game is sold exclusive to Target and is on sale now for $17!

Groceries Delivered to Your Orlando Room.

TheDisneyMoms.com is not authorized or endorsed by, or in any way officially connected with, The Walt Disney Company, Disney Enterprises, Inc., or any of their affiliates. All trademarks, service marks, and trade names are proprietary to Disney Enterprises, Inc., its subsidiary, affiliated and related companies, as the case may be. For official Disney information, visit http://www.disney.com.